Living with Forests and Water

Did you know that fossils of marine creatures such as shells and whales have been excavated from Nagano, now known as a sea-less prefecture? Yes, this land used to be a sea. Over the years, the seafloor rose up and eventually became mountains, creating the land of today’s Nagano.
When you think about it, the fossils in the ground are like an ocean sleeping in the earth.

The order from the Nagano Prefectural Museum of Art this time was to create a space in which the sea and the ground are reversed by having whales swim in the air, and three whales, including one up to 15 meters long, were to float above the exhibition space.
In the “Holobiont” series, a new ceramic piece, a cord hanging from the sky like an umbilical cord connects to a spiral made of clay pottery and stone. 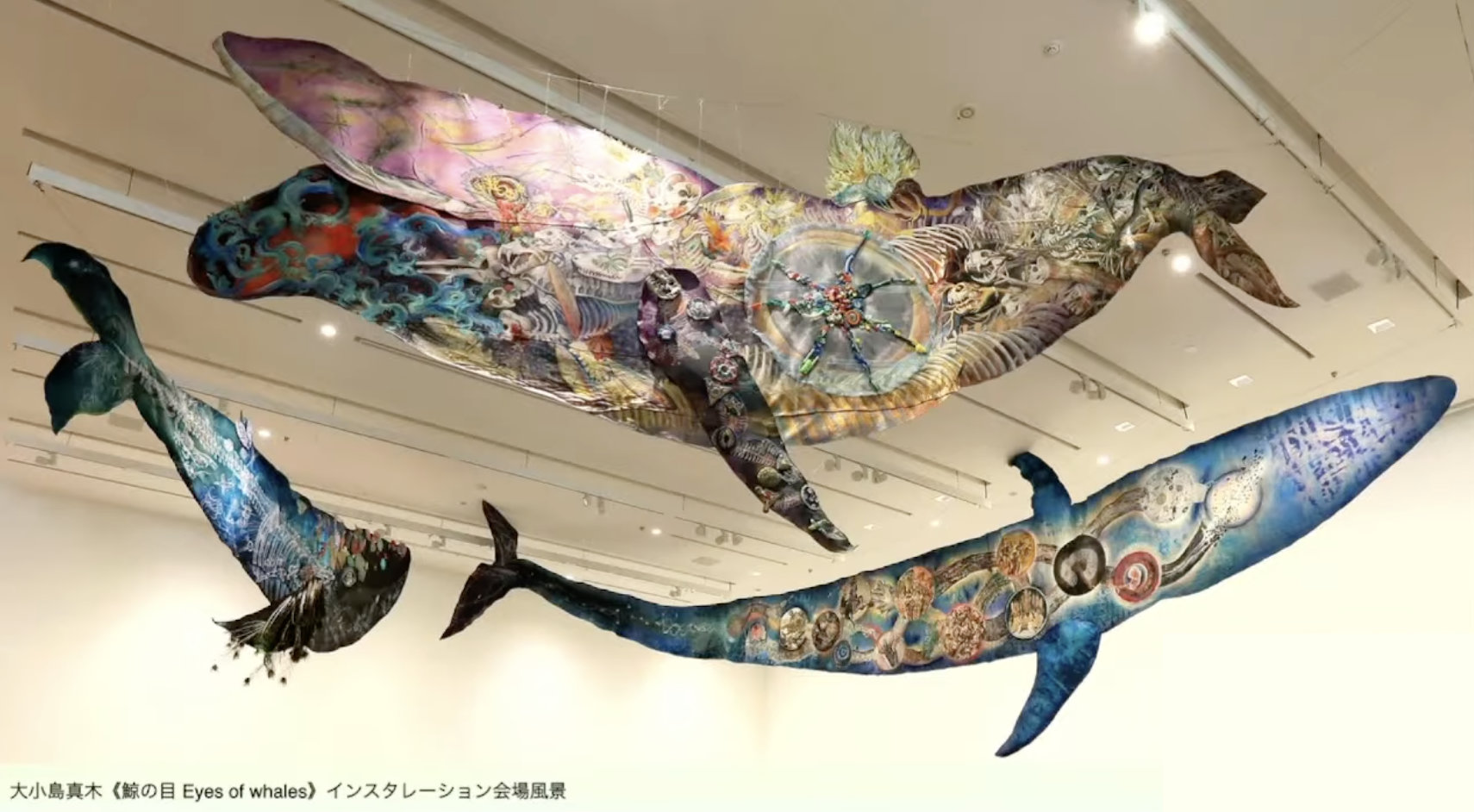 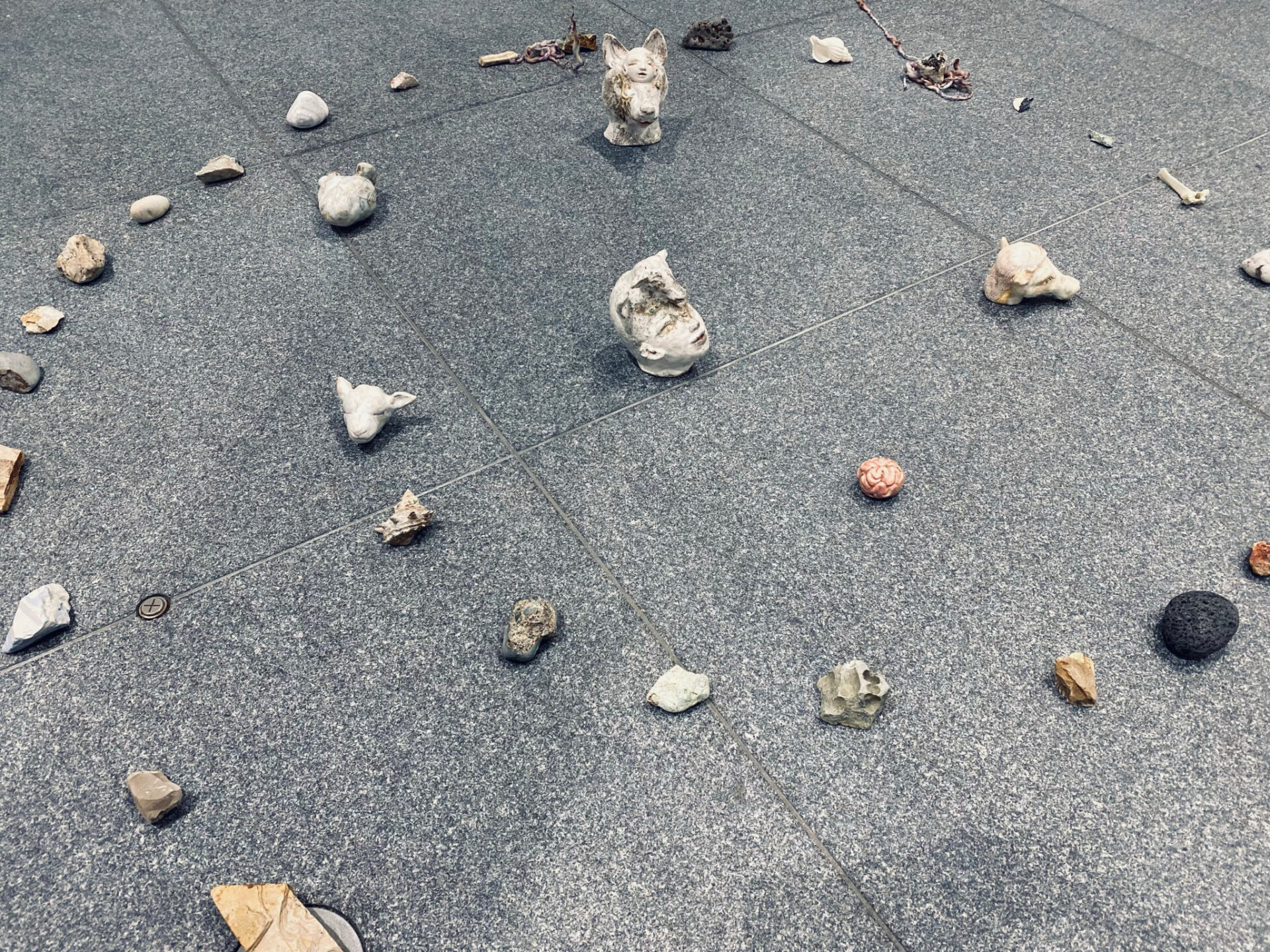